Dueling Pianos at the Cincinnati Zoo 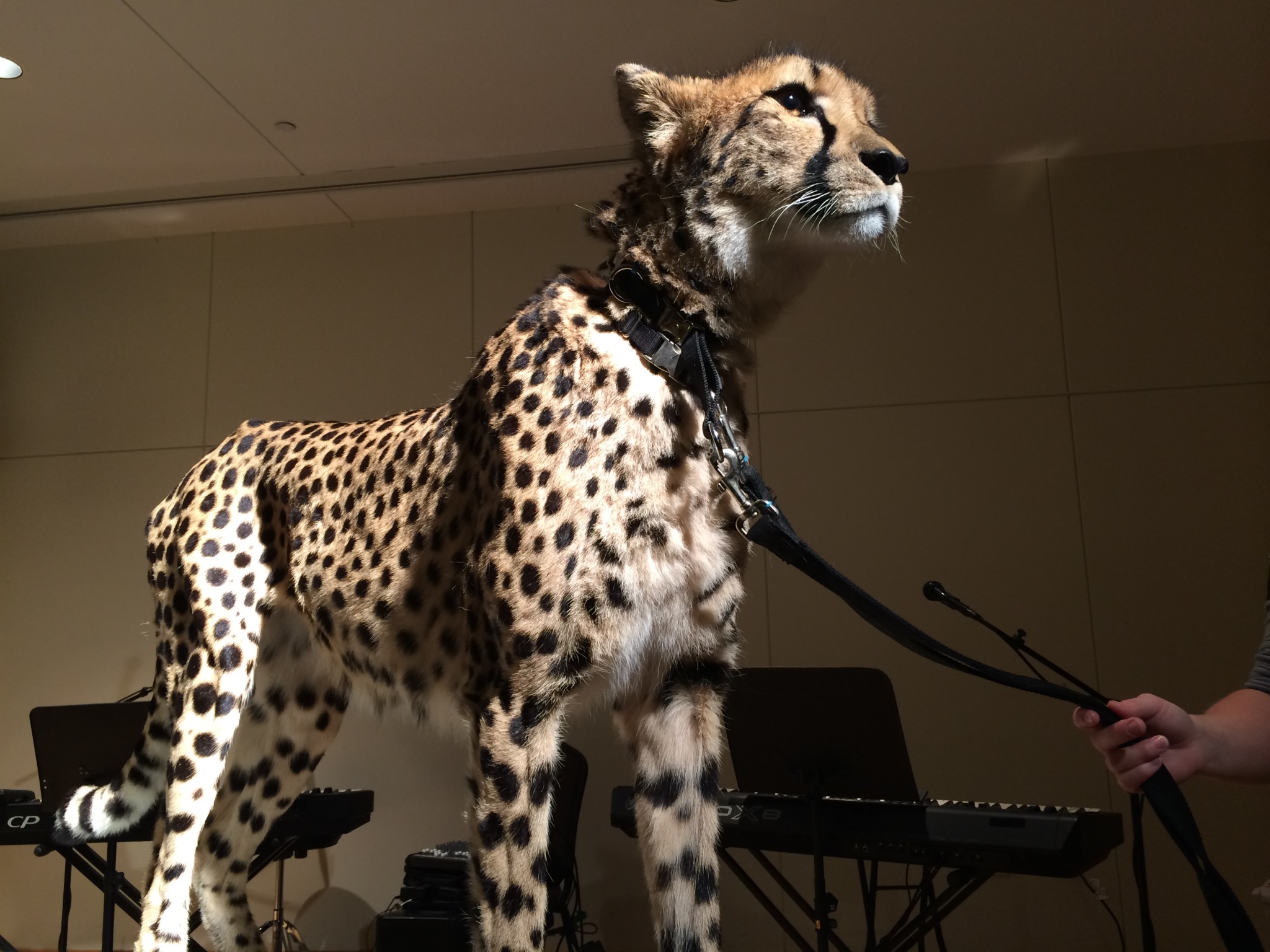 A “wild” night in Cincinnati 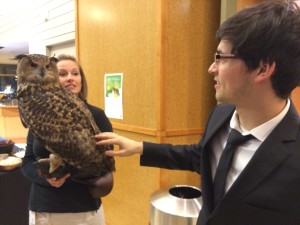 In our third of three consecutive corporate events, Felix and Fingers entered a new realm for one of our most adventurous gigs to date, and it all happened at the Cincinnati Zoo. Why you ask? Let me just say this: not more than ten minutes into the show, which we played for Resurgent Capitol Services,  an 8′ python was thrown around Mike’s (Fingers) neck.  Cincinnati apparently has the zoo keepers with the best sense of humor…  Mike was in the middle of “Baby Got Back” when suddenly he found a snake around his neck…I (Dave) legitimately thought he might freak out, but he just smiled and skipped ahead in the song to “My anaconda don’t want none”… you get it. 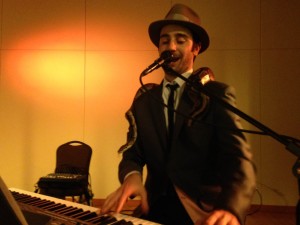 “My Anaconda Don’t Want None”

Pretty much the whole night was like this.  Granted, we weren’t constantly dodging snakes, but we did get to meet some pretty amazing animals up close.  For instance, when was the last time you walked out of a restroom and witnessed four flamingos squawking there way past you on there way inside an open elevator? Yes, that actually happened.  We also saw (and touched!) everything from an eagle owl, a macaw (which Mike never saw, but it was there, I swear!), a rare rat snake, a two-toed sloth (this guy was so crazy to watch!), and last but not least, the zookeepers brought out a Cheetah for everyone to behold.  It was amazing to be in a room filled with all these beautiful animals.

Truth be told, we were a bit nervous going in when we received an email one week prior to the event from the Cincinnati Zoo itself describing that there would be a “Cheetah” encounter on the stage.  It’s not every show that we need to share the stage with another act, especially one of the man-eating variety.  We knew right then that this wasn’t going to be the usual corporate holiday event. 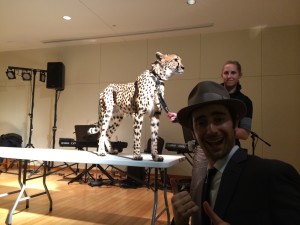 It also set the bar just a bit higher than usual to put on a good show…we usually don’t have to go on just after a Cheetah wows the crowd!  Regardless, it actually turned out to be one of our favorite shows of the year.  The crowd was really fun and engaging.  We had one guy with crazy dance moves that we nicknamed “wrecking ball” (which you would have too if you had been there).  He did not look like Miley Cyrus, but his twerking was inspiring.  Throughout the dueling pianos show, lots of people were involved, singing, dancing, and having a great time.  We also had one of the best team cowbell competitions to date. 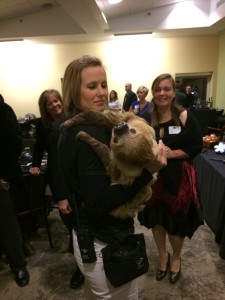 Even the load out was interesting.  It didn’t take long after the end of our show for the holiday party guests to head out, and the Cincinnati zoo employees were incredibly efficient at cleaning up.  So much so that they had all left while we continued to pack up.  Mike fantasized about releasing the lions on the city of Cincinnati, under the control of highly trained monkey jockeys, all in hopes of creating a scene reminiscent of Jumanji.  Alas, no such escapade took place that night (obviously, as it would have been all over the news), but it was a strange thought to be alone in a zoo.  I suddenly felt like Matt Damon.

Audrey, our trusty trailer had been left in Indianapolis for safe keeping (we didn’t want to drive all the way to Cincinnati with a trailer we didn’t need), so thanks to our new friend Chris and Couchsurfing, we had a driveway to leave her in.  Thinking we’d get a hotel between Cincinnati and Indy, the plan was to pick up Audrey the next morning.  However after an early end time at the zoo, we soon found ourselves driving all the way back to Indianapolis that night.  Every hotel was booked though due to a Big 10 tournament, so we grabbed Audrey from Chris and continued up to Carmel Indiana where we, after 25 phone calls, finally found a hotel.  The next morning began our trip back to Chicago and finally closed the chapter on our three gig tour.

All in all, it was another “wild” night to remember for Felix and Fingers.