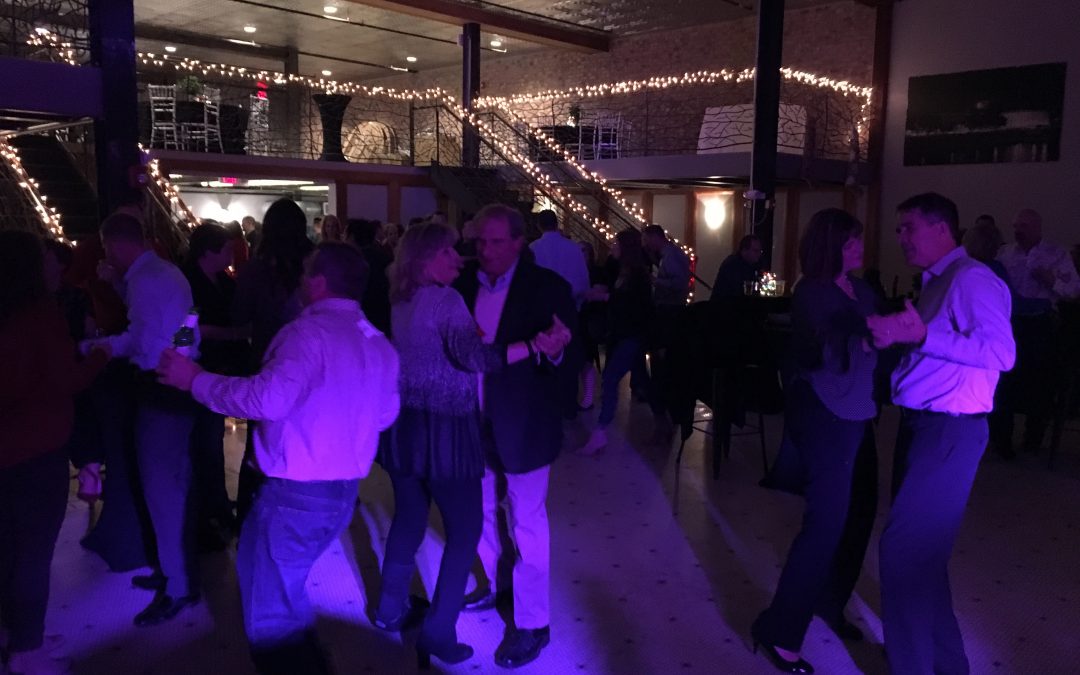 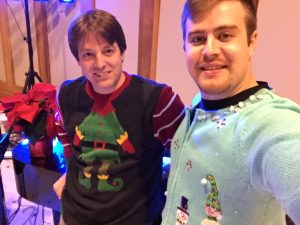 As we pulled up to the venue, Americana, in Des Moines, IA, we were ready for a Christmas party. Decked out in the ugliest holiday sweaters we owned, we began to set up. The venue is an American style restaurant with a large open area; the tables were put away for the event. This opened up the building and allowed us to set up the stage and make room for the all important dance floor. Once the night began and people filtered in, compliments flowed in about the sweaters we chose to wear. 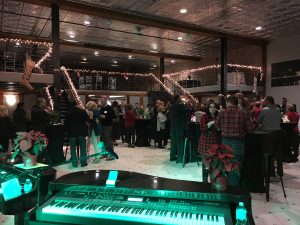 In attendance were mostly the sales team, and they sure know how to party. Celebrating another stellar year, the company went all out and there was food and drink everywhere. Playing the piano gives us a slight appetite and when the food is good, we know. From sweets to shrimp, nobody was going hungry that night. The event was so good that a party-crasher somehow waltzed in and began to dance. Unlike everyone else there, this guy was under the influence of a myriad of substances and great venue staff quickly booted him out.

But even with the crasher, the night continued to rage on. We were highly in tune with everyone there and were able to elicit a high percentage of crowd participation. The dance floor was in full swing as people sang along to Christmas songs and some modern radio hits. When the boss is singing Selena Gomez, we consider that a successful night. We played a fun game based on the Mad Libs design, where everyone had to choose different words for the classic song “Rudolph the Red Nosed Reindeer.” This went over spectacularly and the creativity in the room kept us playing multiple rounds. The drinking continued and we never stopped playing, keeping up with the energy inside. Towards the end of the night, the company had a well planned out ceremony recognizing their top salesman. They donated $10,000 to his favorite charity, and that was a sight to see.

To book Felix and Fingers for your event, contact us here.