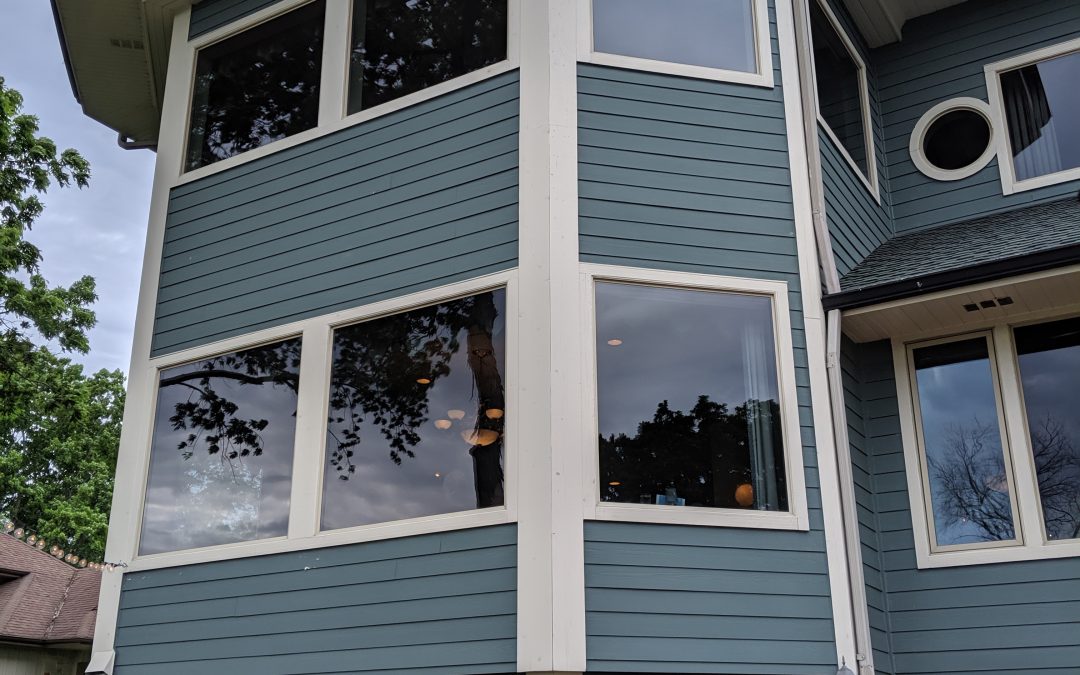 Anniversary parties are awesome because they bring back beautiful memories of the couple’s special day. David and Kristin celebrated 10 years by holding their Seven Seas anniversary party at a stunning supper club restaurant located in Heartland, Wisconsin. This was an all outdoor event overlooking Lake Nagawicka. It was a spectacular setting. Felix and Fingers had a blast commemorating this wonderful occasion by performing a fun show for relatives and friends! 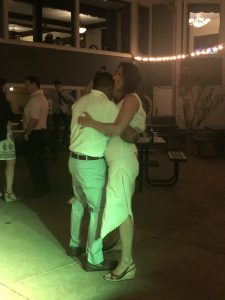 Our performers for the Seven Seas anniversary party were Duncan Parker and Robert Deason. Our client liked Felix and Fingers so much they moved their party date so Robert and Duncan could be available! After arriving at the Seven Seas Seafood & Steaks restaurant, we set up outside and to play under the stars which is one of our favorite things to do. As a matter of fact, Seven Seas is one of suburban Milwaukee’s most premiere lakeside restaurants. This venue offers stunning lake views along with delicious entrees paired with local wines, served by a friendly and helpful staff. If you would like a tour of Seven Seas Seafood & Steaks restaurant please click here.

Decor at the Seven Seas anniversary party was simple glass photo coasters of the couple placed around the room and a few original items from the couple’s wedding day. To begin with, cocktail hour consisted of passed appetizers with an open bar. The couple had us learn their first dance (Could I Have this Dance by Anne Murray). We had a blast performing it live for them 10 years later! After some drinking and dancing, we all feasted like kings. The Seven Seas restaurant put on an amazing seafood spread. The crab cakes were a hit! 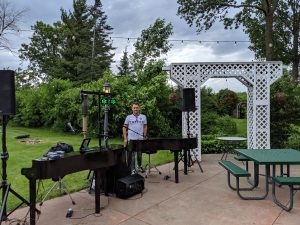 Everyone enjoyed an amazing meal and eventually took their full bellies to the dance floor. Robert and Duncan heard the couple loved singing and dancing, so they broke the ice with “Yeah!” by Usher and the crowd went wild! Furthermore, there were tons of 80’s requests that our performers loved to play such as Pour Some Sugar on Me by Def Leppard. What is more, there were some kids at this party so Robert and Duncan played Let it Go (Frozen) and Hakuna Matata (Lion King). The songs were so much fun even the adults got in on the moves!

What’s a party without games? Felix and Fingers got in on the action and had guests enjoy a singing competition. We eventually split up the crowd and had them belting out Bohemian Rhapsody by Queen. In all honesty, it sounded like an awesome live concert! Above all, our performers had the crowd make a circle around David and Kristen while they played Piano Man by Billy Joel. Truly a beautiful moment with everyone sharing their love for the couple.

In conclusion, Felix and Fingers were so HAPPY that our client enjoyed a successful and fun dueling piano show. It was great to shake hands and receive tons of compliments from departing guests. If you would like to hire us for your next special event send an email to info@felixandfingers.com or click here for more information. We look forward to hearing from your soon!