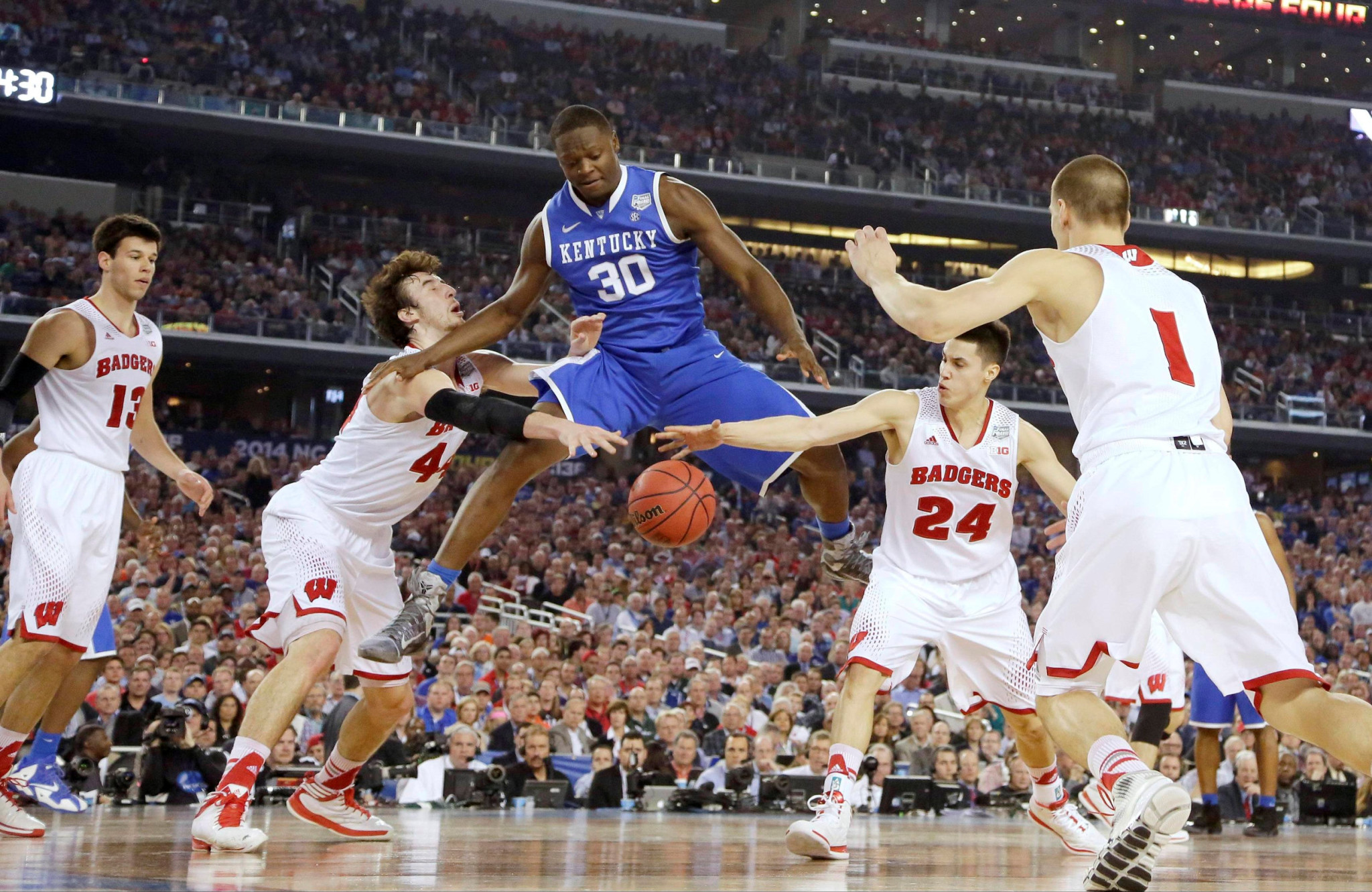 Our dueling piano show was almost called off.  The Badgers made it to the Final Four.  Our scheduled show should not and could not interrupt the game.  We don’t have enough chicken wire to make such a bold error in judgement amongst the raving Badgers fans.

Mike and I embraced what performers have said for many years, “The Show Must Go On.”   And that it would.  However, instead of starting at 8pm.  We began around 10:30pm.  We performed with all the enthusiasm we could muster up amongst a crowd that was bitterly disappointed in a defeat handed out by Kentucky.

Bazinga was packed.  People were drinking, having a great time.  For much of the game, the Badgers held the lead.  Expectations were high.  All Wisconsin needed was one last 2-point shot.  But with just over 5-seconds to make it, and the whole stretch of the court to travel, there was not much time to set up, and the shot was missed.

The game was too close. Mike and I were discussing what song to play if Wisconsin won, and what song to play if they lost.  The important thing was to begin playing immediately, and not give people a chance to react and leave in sorrow from the defeat of their beloved Badgers.  Our job was to keep their interest and recreate enthusiasm that would overcome the sting of defeat that was only seconds into the past.

The idea (if they won) was simple, we’d play the Wisconsin Fight Song, “On Wisconsin.”  Mike decided if they lost, we’d play a dedication song to Kentucky, CeeLo Green’s F*** You.

The setup was interesting, because immediately introducing ourselves and saying that we were going to play a song dedicated to their rival, raised some eyebrows.   The idea of doing anything for Kentucky, at the moment, was dangerous.  Let alone the fact that Mike was wearing blue, Kentucky’s colors.  Luckily I was in red, Wisconsin’s colors.

The odd thing about that is, neither of us bothered to research it.  Heck, we’re both from Illinois and don’t really follow Kentucky or Wisconsin basketball.  Somehow we managed to represent both teams on accident.  So there he was, draped in blue, and announcing a dedication song for Kentucky.  A menacing crowd, listened to his announcement in disbelief.  They were ready to attack.

But no sooner than the first few measures of the song broke out, so did the smiles.  And it was a shout-along, sing-along chorus, aimed directly at Kentucky.  It was a good call, Mike!

So What About The Phenomenon? 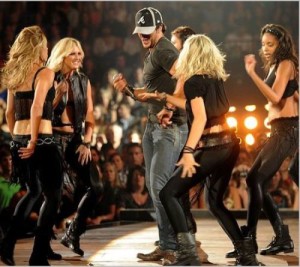 Yes, I did mention a phenomenon.  A “dueling piano phenomenon” to be specific.  One that Luke Bryan played a strong role in.

I will tell you what happened by giving my unprofessional psychological breakdown of the events that transpired.  Not long after we began the show, requests came pouring in.

One girl had requested Luke Bryan’s, “Country Girl (Shake It For Me.)”  Fine.  That’s a popular enough song. We’ve seen many people dance to it and have a good time.   However, only 30-seconds into the song, I was approached by a man with a $20 bill in his hand.  He asked us to stop playing Luke Bryan.

This can happen at public dueling piano shows when tips are accepted.  While we are more often paid to play a song, occasionally we are paid to NOT play a song.  So, I immediately stopped, and Mike announced that the price to go back to Country Girl would now be $21, and he began playing Katy Perry’s, “Roar.”

Not to be outdone, someone else came up (not the same girl that originally requested the song) and gave us $21 to continue the Country Girl.  And so we did, adding an announcement that the cost to cancel Luke Bryan had risen to $22.

“…Shake it for the young bucks sittin’ in the honky-tonks…”  I continued.  But not even through the first chorus, another person came up and paid $22 to stop the song.

It became clear that this was not the common dueling piano rival over songs.  This was about releasing pent-up frustrations of the game.  The crowd (the Badgers fans) did not get their way that night.  The game didn’t work out the way it was ‘supposed to.’

The only way they could feel better and truly put the loss behind them was to win at something else, and that (and nothing else) is what caused the Luke Bryan rivalry.  And while Mike and I had worried that a Badgers loss might create an environment for a difficult show, it ultimately seemed to work in our favor!

We’re sorry, Wisconsin.  But thank you for still having a good time after the game!