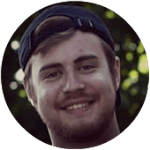 Every year since I was born, my dad, mom, and sister would jump in the car and make a 10 hour trek to a lake house cabin in the middle of the North Woods of Ontario, Canada. Listening to music on the way up and down was our family’s past-time. I was lucky enough to grow up with all of the same music my dad listened to. As I grew older, he always wanted to play the game of “I’ll give you a dollar if you can name this band.” There wasn’t a day that went by where I wasn’t being quizzed by my dad or singing with my mom in the car on her way to work. 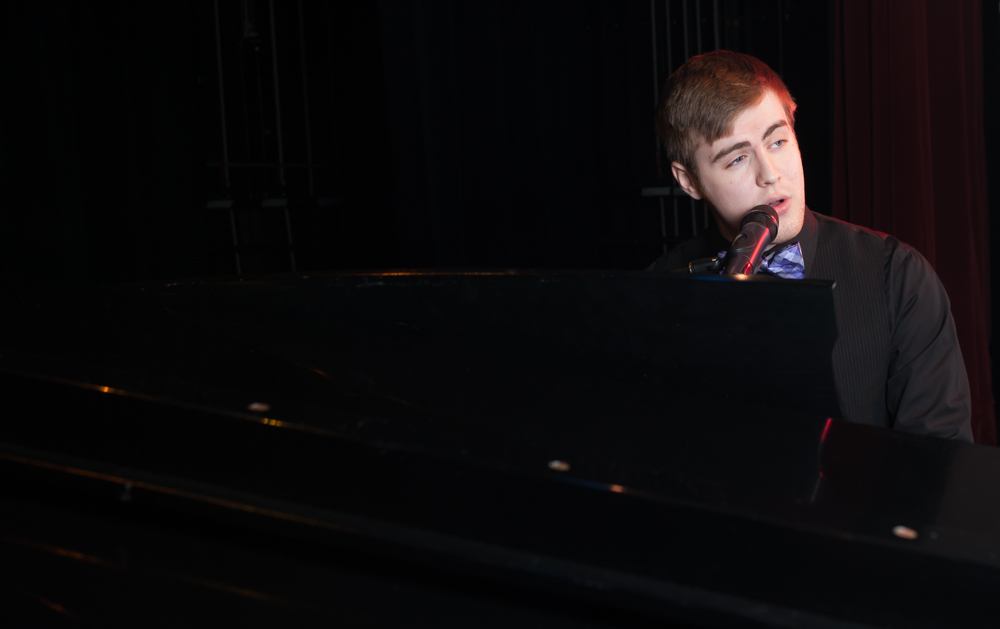 “Clad in gold shorts with all my glory, I took the stage in my first professional theater show.”

~ In reference to starring in Rocky Horror Show 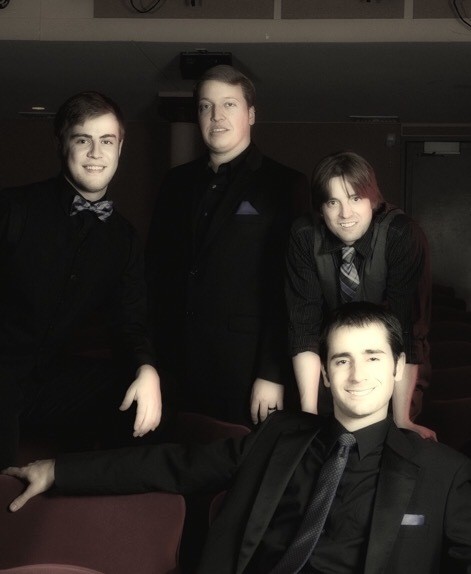 “Respect is earned. Honesty is appreciated. Trust is gained. Loyalty is returned.”

From the age of 4, I was fascinated with the piano. My father loves to tell the story of how he took me to the Four Seasons to see jazz pianist, Jon Webber. Jon sat me up on the bench, reached into the grand piano, and plucked 4 strings in a row. He said to me, “Jim, can you play those 4 notes?” Sure enough, I played each key one after another.

Fast forward 10 years to my introduction to choir and theater. It was after my first concert and first musical where I really developed a need for music in my life. After achieving high accolades for theater and voice in high school, I moved straight to downtown Chicago, got an agent, and tried to begin a career in tv, film, theater, whatever I could get into. It was a few years later when I was asked to play Rocky in the Raue Center’s production of “Rocky Horror Show.” Clad in gold shorts with all my glory, I took the stage in my first professional theater show. Mike Potts is the music director at the Raue and noticed that I would be playing piano in between breaks during rehearsals.

A year later Mike offered me a job with Felix and Fingers and I jumped on the opportunity. Play piano, sing, AND get paid for it? Sign me up! My musical horizons were expanded immensely as I learned the ins and outs of the music business. There’s a huge sense of pride in being able to call yourself a professional musician, and to be able to play alongside other talented professionals all working toward the same goal. The players in Felix and Fingers are more like family members than co-workers, and it shows in our performances. I’ve never felt more comfortable and accomplished to be on stage with people I can respect and learn from every day. 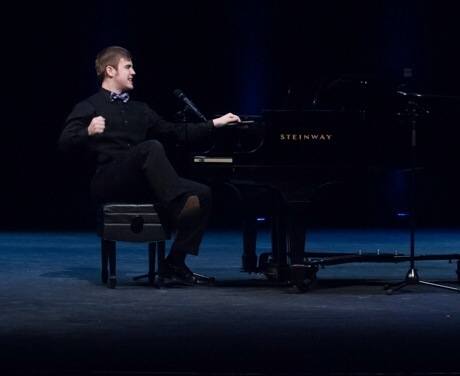 “Life is one Grand, Sweet song, so start the music.”