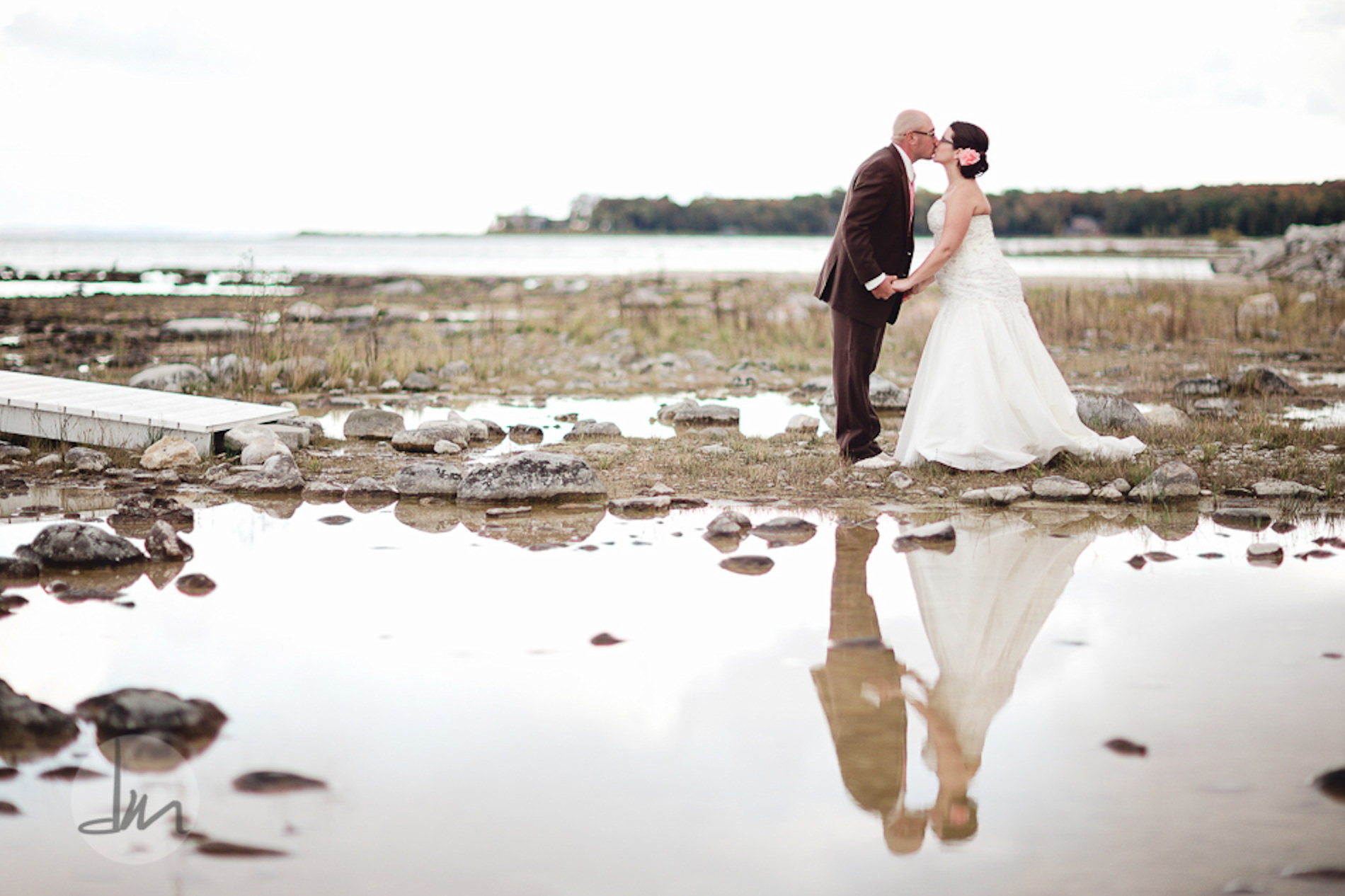 Just on the edge of Traverse City, MI, hides a beautiful town of about 600 people called Northport. Nestled snug against the Northern part of Lake Michigan, the stunning venue of Northport Bay Retreat has become a popular destination for weddings and corporate retreats. 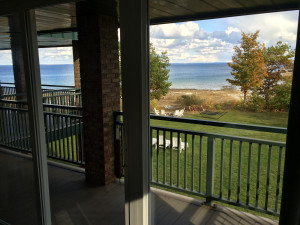 Picture I took with my phone, admiring the blue waters

Mike Sherman and I were lucky to have been invited to stay there with the wedding party.  In total, the retreat had 16 large and accommodating bedrooms.  Looking out our window revealed a gorgeous view of the Lake.  But with such a stunning interior, I was quite comfortable staying inside.  Only at the end of the night, did Mike and I have a chance to venture out on to the 200 ft pier.  Even in the darkness, with a flashlight, we could see that the water remained shallow and clear all the way to the end of the pier.  I can only imagine what this place must be like in the warmer seasons.

For this dueling piano wedding, we handled everything from the ceremony to the end of the night.  Relaxing background piano was played as guests were getting seated.  At the end of the wedding ceremony, they had requested that we play Stevie Wonder’s, Signed, Sealed, Delivered, as the guests made their way out of the ceremony room.

During dinner, Mike and I rotated turns on the piano to play jazz dinner/cocktail music.  The food was delicious, and I believe it was the family and friends of Jake and Theresa (the newlyweds) who took care of the meals.   Although I did not have much time to enjoy dinner, they also remained over night to provide a delicious options for breakfast.

As the dining ended, we moved back into the ceremony room, which had been rearranged to accommodate a dance floor.  We began the dueling pianos.  And at the very end of the night we DJ’d music for a half hour. 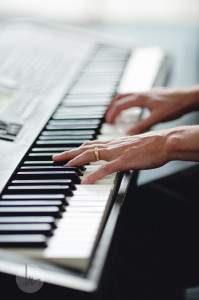 This photo was taken by Dan And Melissa Photography

The photography that night was provided by Dan And Melissa Photography.  They did a fantastic job.  If you are considering having a wedding in this area, you should really check out their website to see the stunning work that he has provided.

In fact, I noticed that Dan snapped a picture of my hands playing the keyboard.  I thought those fingers looked familiar. Thank you, Dan!

This was one of the longer drives that I have taken.  Coming from Western, IL, I first drove East to the Chicago suburbs to play dueling pianos at Sideouts (a favorite of ours.)  I stayed the night in the area and Mike and I drove to Northport early in the morning after a late night.  Nothing a 5-hour energy drink couldn’t handle. 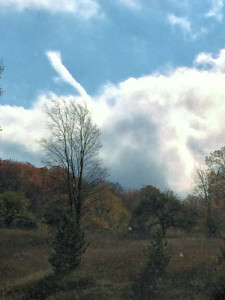 On the way home, as we drove through Michigan forest, we noticed some of the strangest weather either of us had seen.  The sky was filled with several clouds that resembled tornadic activity.  Except that it was still and white.  Along with these “funnel clouds” were several streaks of thin white lines that ran horizontally in the sky. It was absolutely a weather phenomenon in my mind.  I was so surprised that I took several pictures, and even called the Traverse City news team to report it and offer my photo.  They were very interested in hearing more about it, but their meteorologist was not yet in for the day.

Here is the picture that I’m sure would have been shown on their local news.