The Hellman Holiday Party at the Brown Bottle Gets Crashed! 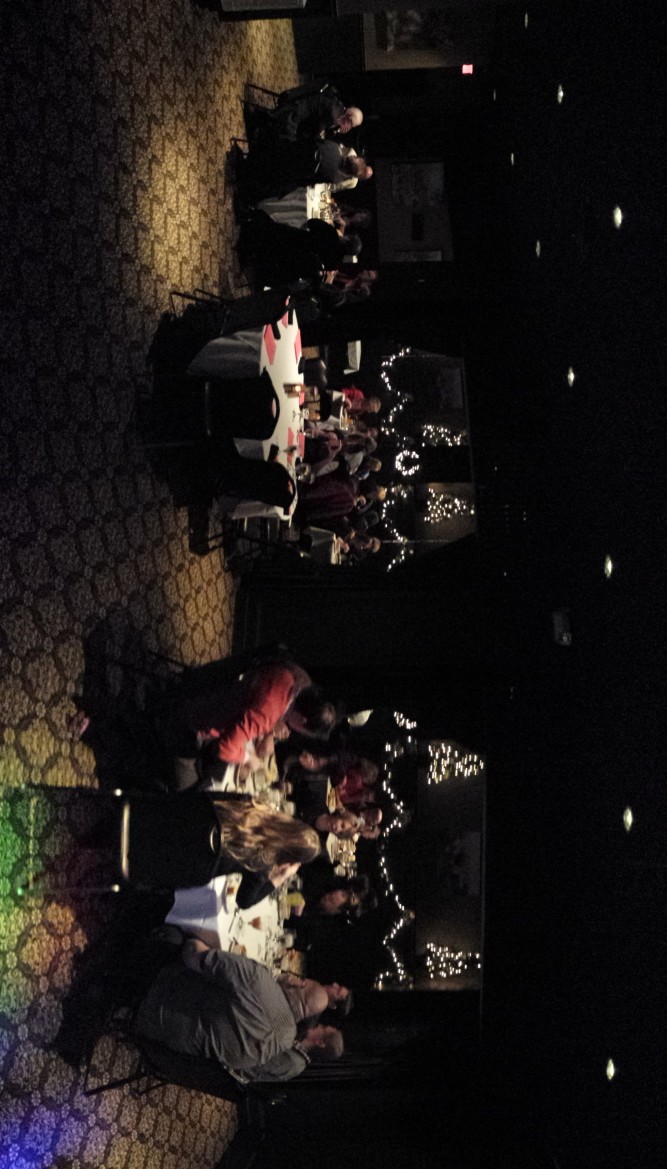 Now I’ve been playing piano for a long time.  I’ve played at bars, restaurants, weddings, corporate functions, bar mitzvahs, bachelorette parties, and private parties galore.  This was the first event I ever played that rocked so hard that the party next door snuck their way in!  This event at The Brown Bottle Restaurant in Waterloo, Iowa was a unique one. 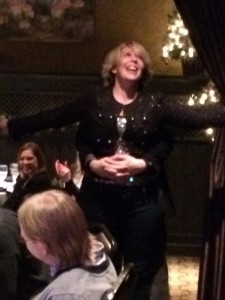 It started out the same as any other corporate holiday party.  It was a party for the Hellman Advertising Agency.  We played some jazzy holiday tunes to start the night and then dove into our all-request dueling pianos show.  Someone even requested “My Heart Will Go On,” Celine Dion’s titanic hit.  (I’m not referring to the movie.  I’m referring to how huge of a hit it was.  That’s why titanic is lowercase.).   I told them I’d only play that slow, sort of boring song. If someone would dance.  We got a couple up there, and Greg even convinced them to strike the famous Titanic pose.  (Notice the capital T And the italics).

Well, everything was going great, when I noticed a little crack in the partition leading into the next banquet hall.  The party next door was peaking their heads in.  Eventually that crack turned into a crevice, and then the crevice turned into a full blown walkway!  Pretty soon the whole group next door was in our room dancing.  Luckily the Hellman folks didn’t seem to mind, and we rocked out with two different groups for the last half hour of our show.  It was the first show I’ve played where two parties magically transformed into one!  It became one titanic event!

….it’s perfectly acceptable to groan at that last one.

Do you want your party to rock like this one?  Check us out! 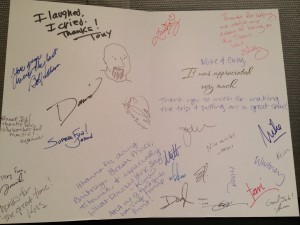 We received this nice Thank You card. Check it out!