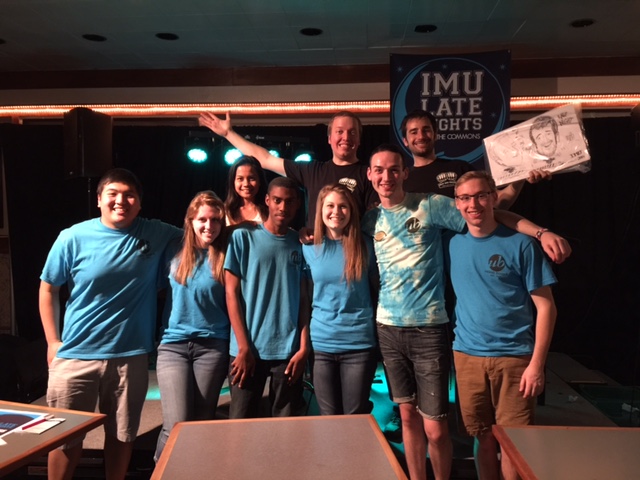 Luckily, this was not the case with us, especially because if we had shown up three hours late, our show would have started at 3 in the morning!  We were invited to be a part of #IMUlatenights at the Indiana University’s Indiana Memorial Union.  We started at midnight and took requests until 2 in the morning! 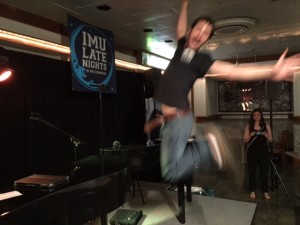 Excited at 2 in the morning!

In speaking to the staff upon our arrival, we learned that this is a new program that Indiana University is trying out.  We played in the Commons in the Indiana Memorial Union.  It gets the most foot traffic that late in the evening, so it’s easy for students to walk by and stop and listen for a little bit.  There was even a Burger King open that late, so I know that’s where I’d be hanging out if I was still 19!  We had several students watching for the whole event, but it was also cool to see the students on there way somewhere else stop and hang out for a few minutes. 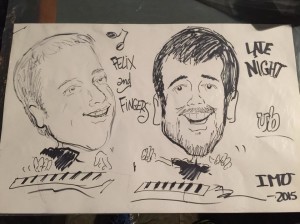 Mike and Mike, but which one is which??

They even had a caricature artist doing caricatures of students!  We even got her to do one of us, in exchange for playing Stairway to Heaven for her!  Check it out over there! ——>

Indiana University and Other College Shows 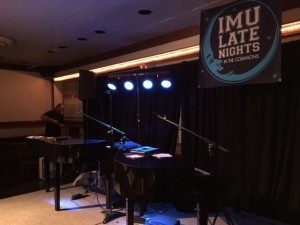 We always have a ton of fun at college shows.  Music has always been a big part of my life, but in my opinion, college aged people in general have very specific tastes in music, and they are very passionate about what they like!  We played everything from Jack Johnson’s “Banana Pancakes,” to “Breaking Free” from High School Musical, which I’m not too embarrassed to admit I know in it’s entirety! 🙂

We also had fun pretending we were “educating” the students, making fun of them when they didn’t know a song that is a classic.

Entertaining Students Around the World!

If you want to give the students at your university or high school something unique and incredibly entertaining, reach out today!   Our unique blend of music and comedy works great for after-proms, school dances, and of course, late night college shows like we did at Indiana University!  We can’t wait to come back in the fall! 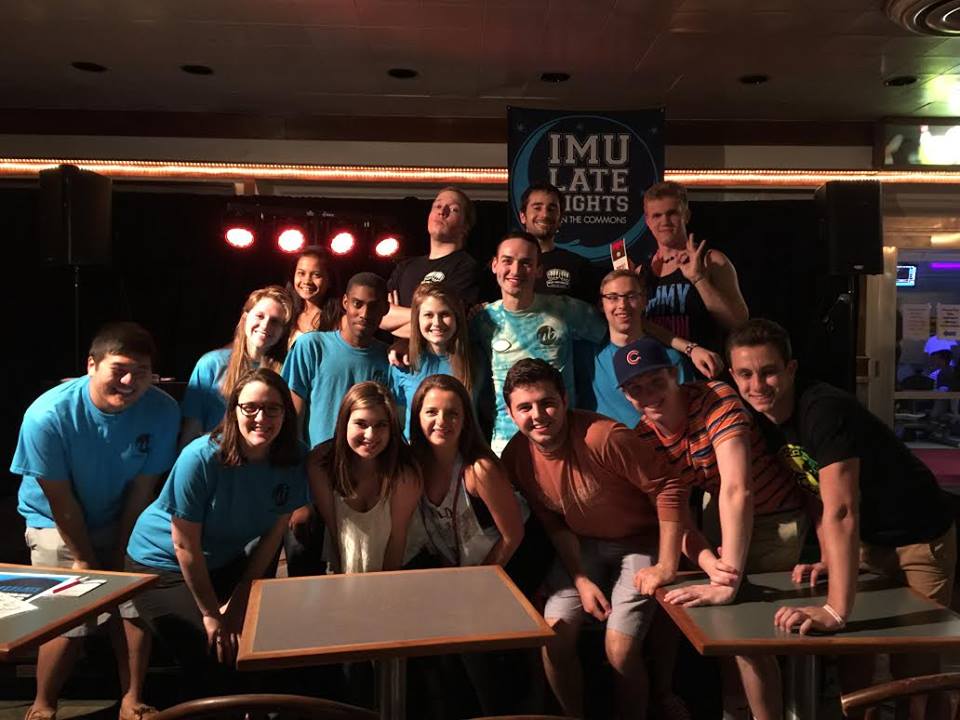