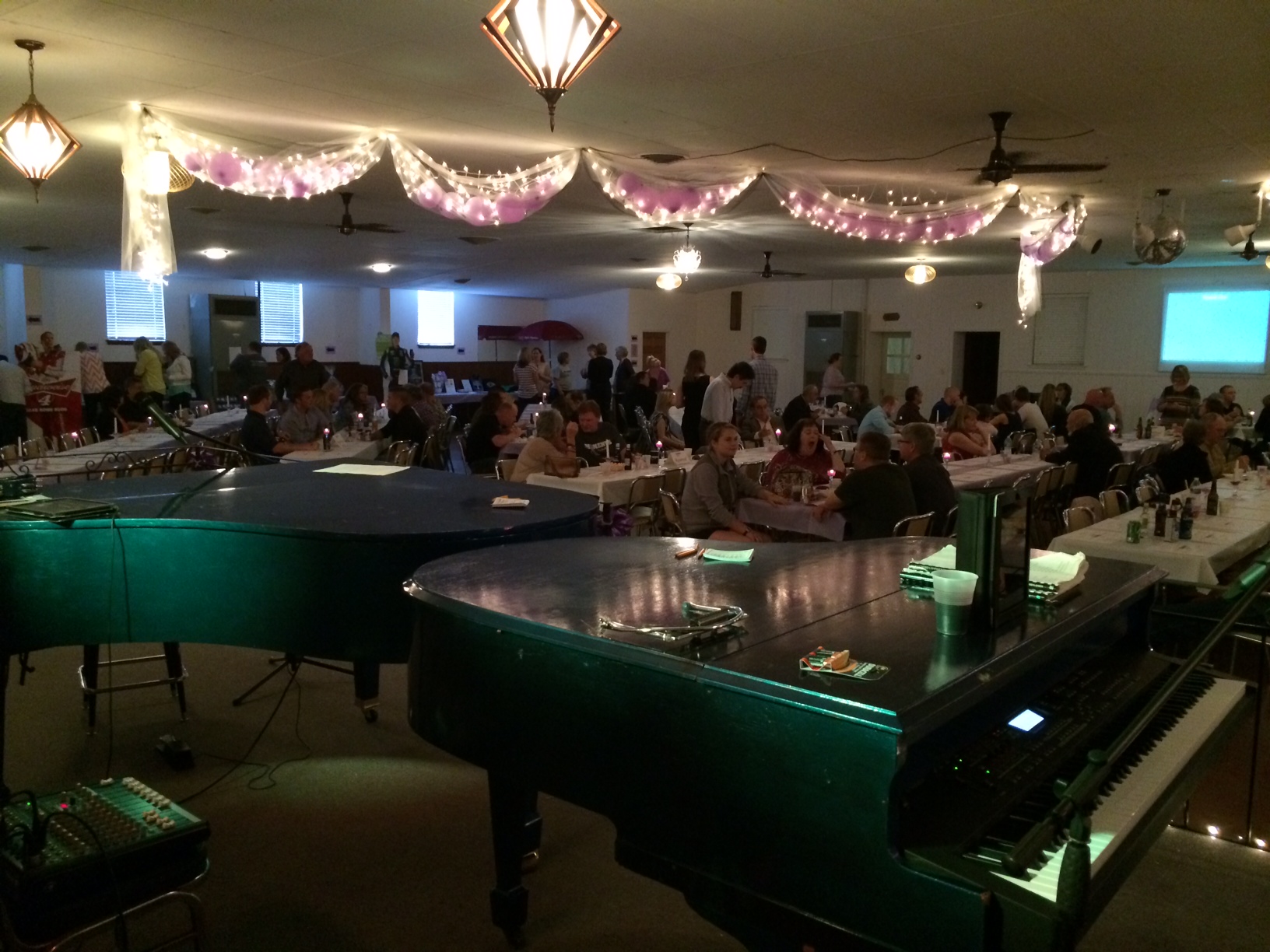 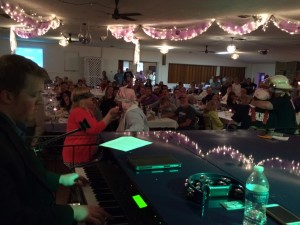 Not too long ago, we played for a cancer fundraiser in the town of Kewanee, IL.  It’s a relatively small town in Western Illinois between Peoria and Moline.  It was not our first time to put on a dueling piano cancer fundraiser show, and it is most unlikely to be our last.

Many of our readers probably know someone who has cancer.  Maybe it is a friend, maybe a relative, or maybe yourself.  Those of us in Felix and Fingers are no different.  To varying degrees, we are all familiar with the hardships that those dealing and fighting with cancer may face.

So when we are assigned to such an event, there is a different level of determination and expectations to raise money.  And although there is almost always time set aside during the fundraisers for a presentation that might be difficult to watch and listen without shedding a tear, we know that when we take the stage it is time to put that aside and turn on the fun.

Trying to segue from a heartbreaking story immediately to an uplifting song that has people singing, dancing and laughing may seem next to impossible.  But it’s not – not at all.  In fact, we have learned that it is exactly what the audience wants.   The most simple way to put it is like this – quite often people prefer to laugh than to cry (although there certainly needs to be a time for both.)

When we hit the stage with a full-out assault of comedy and song, it is not with insensitivity.  On the contrary, it is with a great degree of understanding and determination to help everyone.  Obviously our tips for playing music are donated to the fundraising event.   But we do more than just play requests.  We get involved every way we can.

We emcee quite regularly, so running a show is second nature.  We understand when and how to talk to an audience, and we look for opportunities.  As an example, at the last fundraiser there was also a silent auction.  We made several references to it during the show, to ensure that people were ready to donate in the way that was most comfortable for them.  It’s nice to get a dollar to play a song.  It’s better to get $5 for a song, but if we can make $50 for a song that’s fantastic!  Taking the most popular requested songs and giving them a higher price tag was no problem.  So before I went into ‘Scenes From An Italian Restaurant,’ Mike jumped out of his seat (wireless mic in hand,) took center stage and began rattling off a high speed bid calling as if he had worked as an auctioneer for years.  It was perfect.  In a matter of minutes.  That $1 turned into $50.

There were many times that we found moments to make money from planned events that had no money-raising ideas behind it.  As another example, in one of their own comedy bits, they had challenged a man in the audience to do an Elvis impersonation.  At some point, we were asked to have him stop (yes, he might have gone on forever if we hadn’t – he was having a great time.)  But rather than just politely get the mic back, we told the crowd that although he raised some money for taking on the challenge, we now need to face the more difficult challenge of raising money to have him STOP!  Of course, this was said in good fun.  And just for that, another nice sum of money came in.

Of course, we have more than one “schtick.”  A lot of what we do is completely spontaneous.  And we also rehearse new ideas regularly.  Feeling comfortable up on stage is a great asset in releasing that creative freedom.

How do you measure success?  If it is about turning frowns into laughter, we were an absolute success.  We had people smiling and dancing; and we accomplished that right after the most somber event of the night.  We were please to see so many smiles out there.

Now if you measure success on a monetary level (nothing wrong with that – after all it is a fundraiser) then again we were an absolute success.  We raised much more money than they had expected for a turnout.  We were pleased to announce at the end of the night what everyone’s generosity had resulted in.  Opening the wallets and hearts is a rewarding experience, and Mike and I just made their smiles even bigger as they did just that.