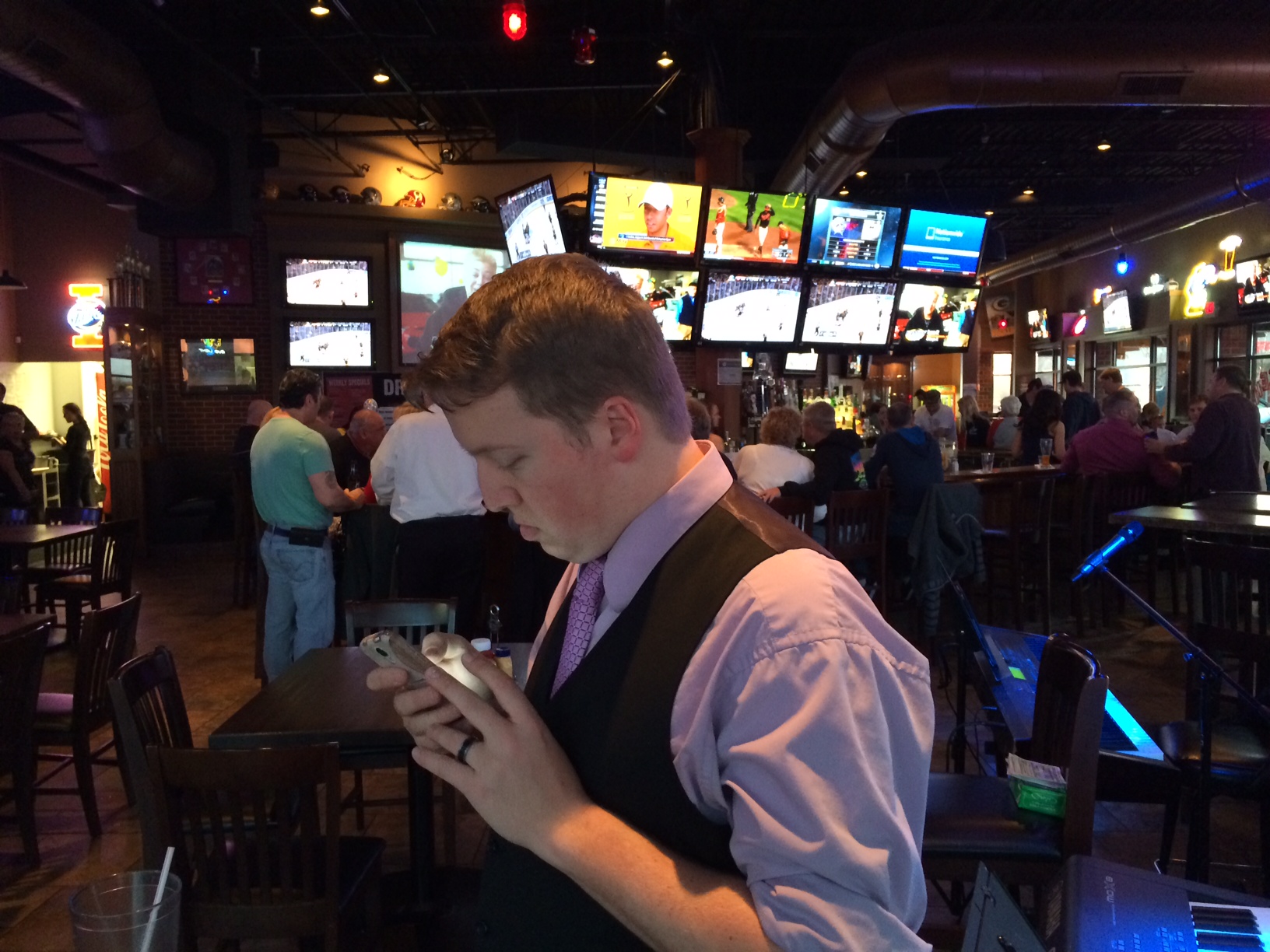 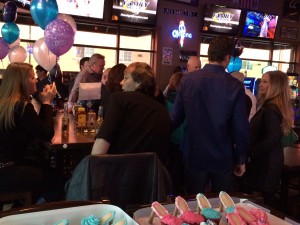 Rookies was a new venue for us, not just as a dueling pianist, but as a customers too.  Actually, it’s not called Rookies, but Rookies All American Pub And Grill.  But it was definitely more than just a pub.  With all the TVs and great food and drinks, this was definitely more of a sports bar.

On the night we performed, they had closed off a section of the restaurant for the birthday party we were playing at.  We set up in that section.  Later that night, they would also have a DJ, about fifty feet across the room, who wasn’t affiliated with our party.  I don’t know who the DJ was, but lets just say even the non-invited guests were dancing a lot more with the music we were playing 🙂

We pulled out some surprises for the birthday guest, and had her doing a dance-off with a friend, as well as some other fun games that played right into a musical performance of songs they loved.  I don’t know if they all remember the end of the party (it was at a bar after all), but they were smiling and laughing all night!!

Rookies All American Pub and Grill

Rookies is in a great location in Elgin, IL.  It has a large interior with TVs everywhere.  I can’t remember who was playing the night we were there, but everyone had a great view of the game.  I didn’t have any of the food from their standard menu, but the buffet they brought out for the party was awesome.  They had mini quesadillas, little corn dogs and lots of other great bar food.  One item had everyone raising their eyebrows.  It was a triangular shaped, deep friend piece of food.  No one had any idea what it was, so no one was trying it.  I have a little background in the catering industry, so I knew what it was immediately.  You ready for this?  Rookies had served up some deep fried macaroni and cheese.  It is as good as it sounds.  Don’t believe me?  Check it out here.

After I started spreading the word about this delicious and sinful treat, they were gone in no time.  Rookies  All American Pub and Grill is a great bar, and a great bar is always made better when Felix and Fingers rocking the pianos, so contact us today!