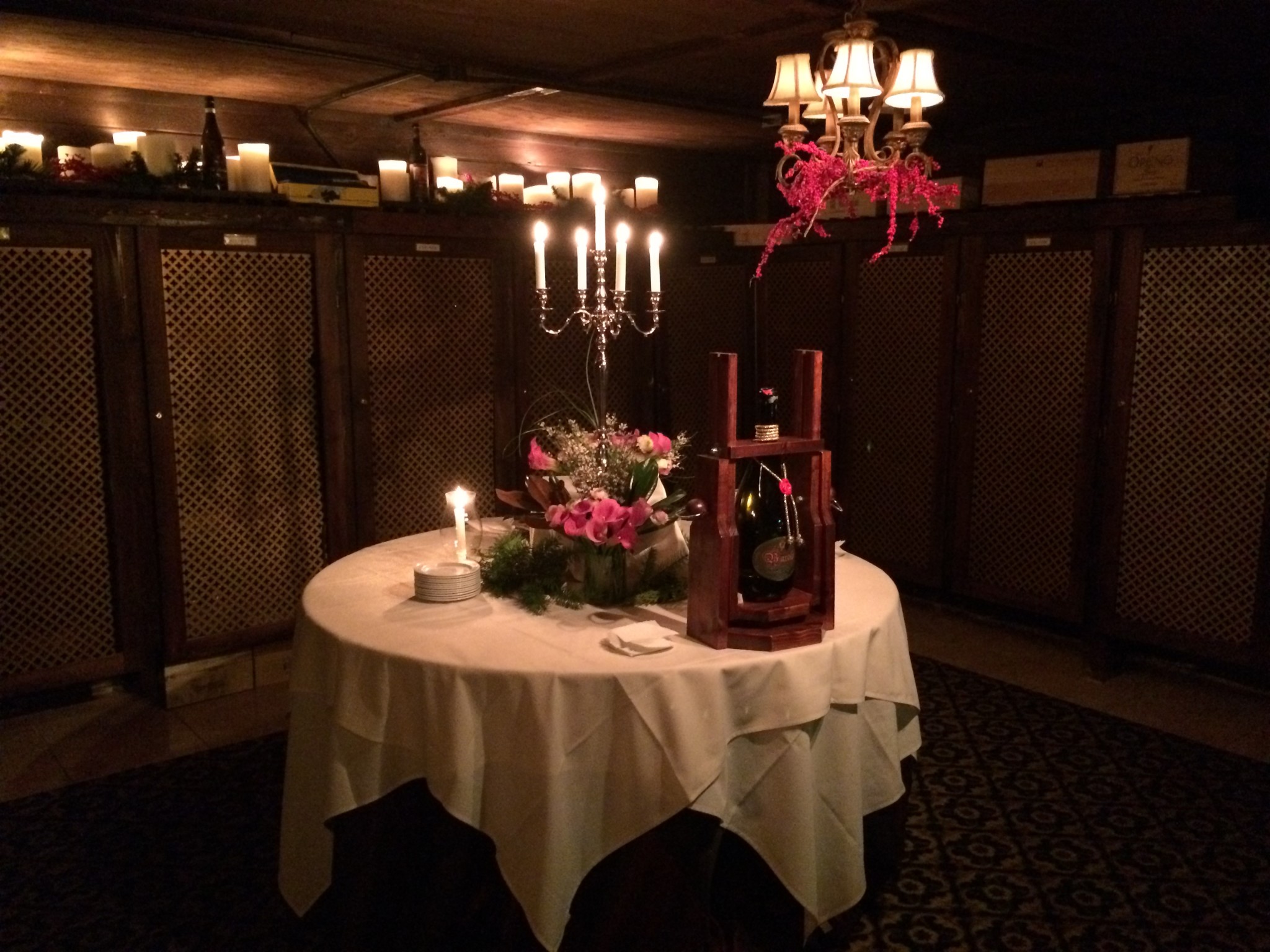 Q: What do The Black Hawks, Vince Vaughn, Johnny Depp and F&F Dueling Pianos in Chicago all have in common?
A: Partying at Prosecco!

You know Felix and Fingers is climbing the “dueling pianos” charts of renown when they’re playing in all the same places as NHL players and movie stars, right!?

The ambience at Prosecco…

Prosecco is a wonderful little restaurant in Chicago, where great food, delicious drinks, and dueling pianos abound! Recently, we were fortunate enough to be playing the Caherciveen Partners holiday dinner for the second year straight. One thing about Caherciveen Partners… they sure know how to have a good time.  Why, you say? Let me just put it this way.  When you have roasted lamb for appetizers, a different glass of wine for each and every course, amazing entertainment (some have said…), and an amazing room (the decorations of which, were compared to one of Johnny Depp’s ships, which he said reminded him of  a Hungarian Brothel) you are bound for a memorable night.   Ok, now that I’ve set the scene, let’s move on to the actual Prosecco party… 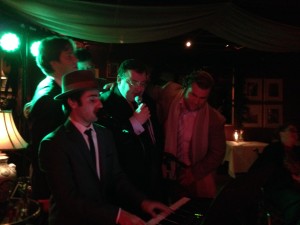 After load in and set up (which is always an adventure in downtown Chicago), we started strategizing about how this show could top last year’s…  Got it! We’ll rock out to that song “Lady in Red” that they just couldn’t stop requesting last year! As it turned out, “Lady in Red” was out and the new crowd favorite was “Gangam Style.”

Our pianos were quickly flooded with request sheets, people were grabbing the mic right and left to have their friends sing, and eventually the CEO of the company got up to sing a gratuitous set of Bruce Springsteen tunes.

Halfway through the evening an older waiter came out to the center of the room and announced that he was about to cut open the champaign  bottle with a sword… a sword! It was crazy to watch this guy slice straight through the glass and cork (albeit on the second try) as everyone cheered. Check it out!

Another night to remember for dueling pianos in Chicago! Remember, if you’re looking for quality entertainment at your next corporate event, there’s no need to look any further than Felix and Fingers! Contact us and we’ll talk.  Cheers!