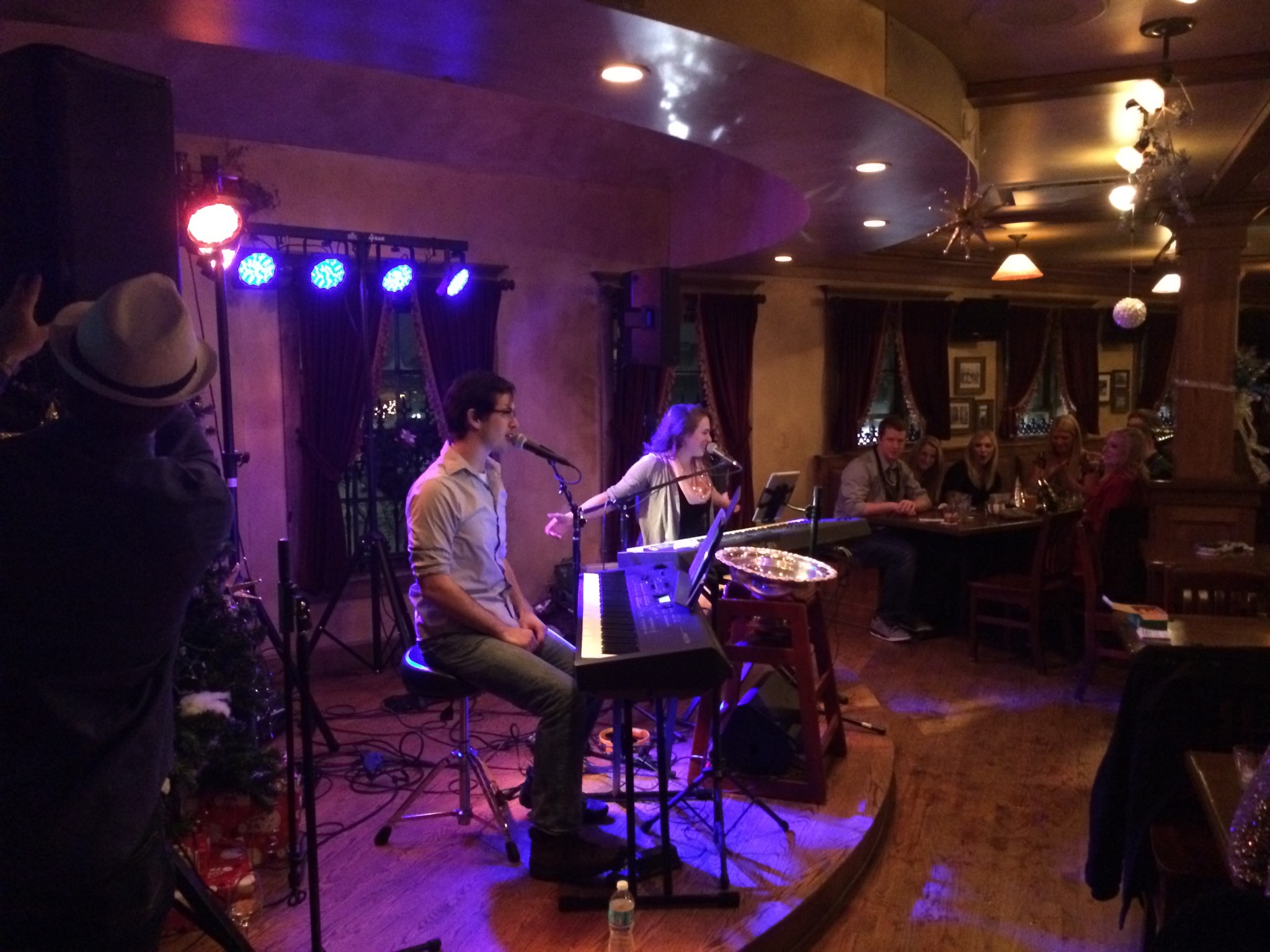 Felix and Fingers took the stage at McGonigal’s Pub last Tuesday for what became an awesome New Years celebration!  We played upstairs in a decorated private area, packed with folks, young and old, eager for some dueling pianos!  For this special event, there were four of us duelers scheduled for the event, so I knew we were bound for an exciting evening! 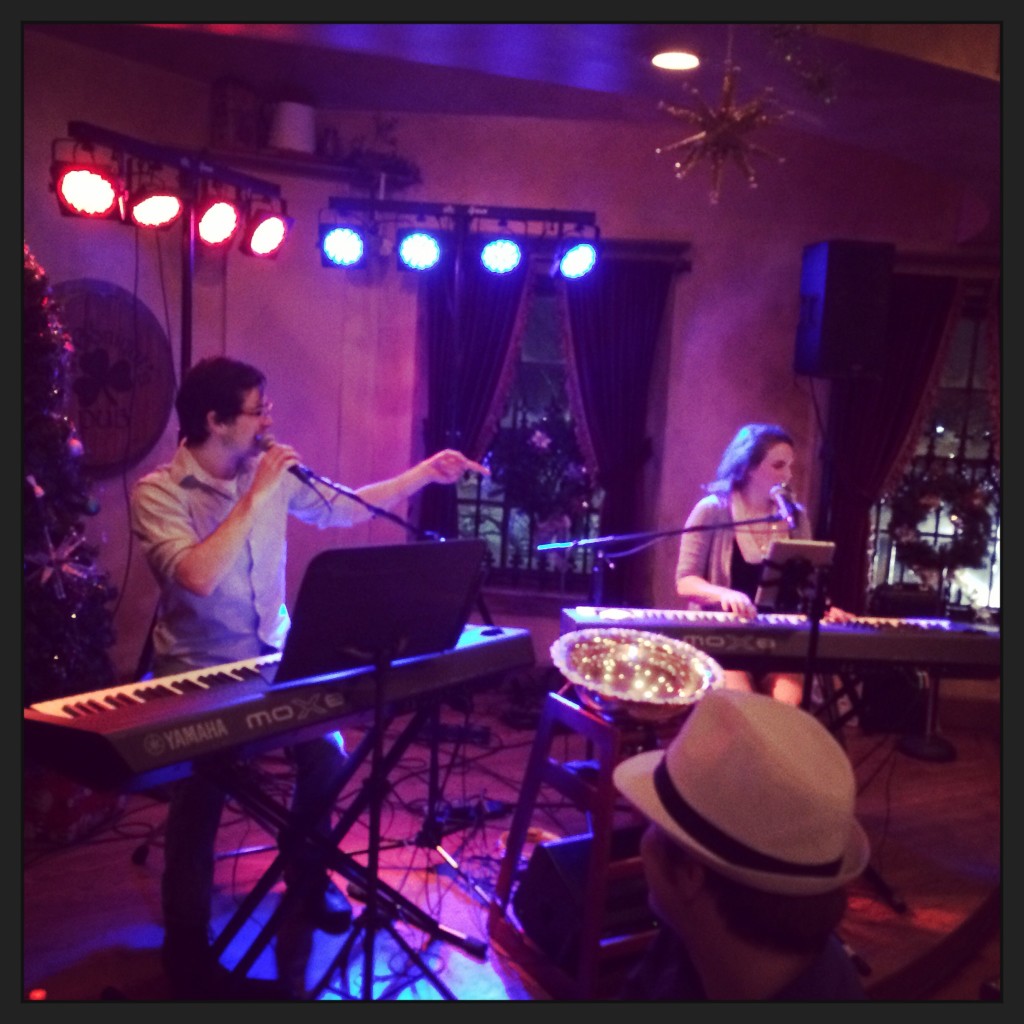 Emily (the Fox) and I (Felix) started the show off in true F&F fashion with a sing-off competition between the two sides of the room.  Unfortunately, my side of the room was defeated (due to an unfair advantage in numbers…just saying).  I played the intro to “Old Time Rock,” people screamed, and the evening was quickly underway.

Felix and Fingers has played at McGonigals Pub before, but never with four players.  It was great to play “Mustang Sally” with one guy on the sax, the other on piano, one singing and playing drums, and the other out in the crowd with the wireless mic sing “Ride, Sally, Ride!” We also introduced some new games into the show that night, including “the letter game.”  This involved selecting two audience members and directing them to the stage where they must work as a team to form various letters with their bodies as they’re called out from on stage.  It was a hit, though it took some time for them to get the hang of it.  For some reason, it was a mystery to them how two people could possibly arrange themselves to represent the letter “M” (which is the easiest one).  At one point in the evening, this random guy stood up with the wireless mic and put us all to shame with a stunning performance of “Can’t You See” (Marshal Tucker Band) while we accompanied him.  We were all like “who is this guy!?” and he was all like “psshhh, fools”….and that was that. Below is a video of Jim and Emily rocking the house with “Crocodile Rock” while I was on break.  As you can see, this can be a very cross-cultural tune.

Want Dueling Pianos for your event?

“The Final Countdown” and “Auld Lang Syne” were played in merry fashion as the countdown commenced and brought us into the New Year.  We raised our glasses for the champaign toast and “cheersed” to 2014! Needless to say, we had an absolute blast at McGonigal’s Pub! If you’re looking for great entertainment, we would love to come play your next event!  Be sure to drop us a line, and we’ll get right back to you with a quick response about how we can help make your event the best night of 2014.