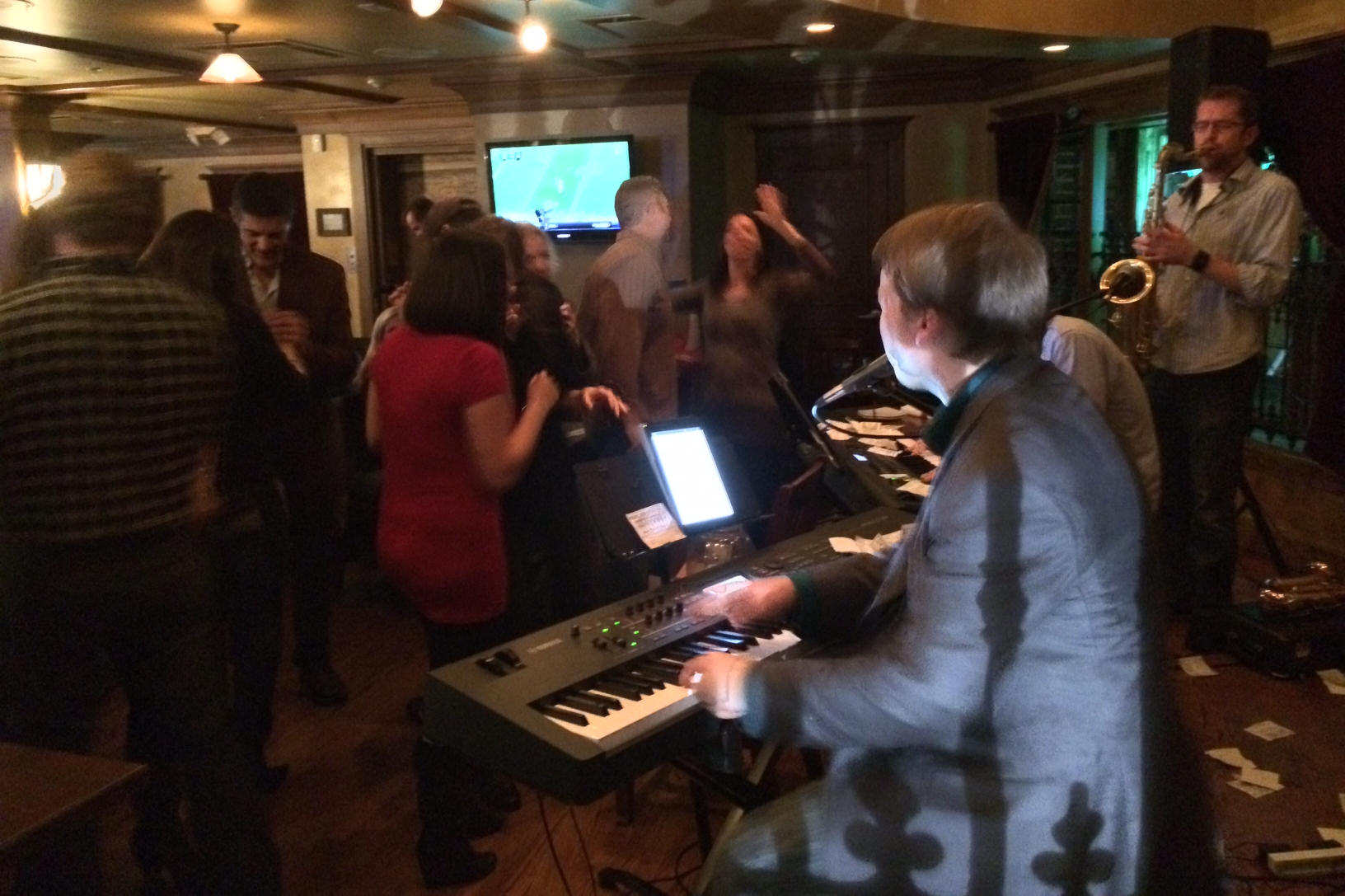 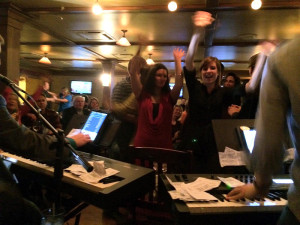 As a dueling piano player, one of the biggest compliments is knowing your crowd had the best night of entertainment they’ll have in a long time.  Perhaps the Barrington Suburban Life said it best, when they printed that Felix and Fingers Dueling Pianos at McGonigals would be the top activity to take part in this weekend.  Sure, I sound confident; but it is hard to misread enthusiasm like that of which we all took part in.

On Saturday night, Mike Potts, Michael Sherman and myself took turns rotating at the piano to put on a performance that had a crowd of all ages singing and dancing.  The music was as diverse and exciting as ever, and there were more then enough requests to keep us busy for four hours without breaking (something we’re actually quite accustomed to.)  I knew we could pull off four hours of an all-request show, but what I did not know was that we would retain so much of the same crowd on the dance floor for that long.  Some serious calories had to have been burned that night from all the singing and dancing.

We wasted no time, ensuring that the show kicked off with high energy.  We had people singing along from the very first song, and we never let them stop.  Whether it was Shout, Piano Man, or Minnie The Moocher, this crowd was ready to let loose for whatever we threw at them (or more correctly stated, whatever they threw at us.)  Once the fun began, it never ended.

Having never played here before, I have to say I was impressed with the layout.  This is the kind of place I would like to go when I’m not performing.  We played on the 2nd floor, which we packed very quickly.  This room was obviously designed for entertainment, as there was a stage area and ceiling spotlights to help bring attention to the show.

I wasn’t able to capture the entire room, as I was standing slightly behind a rounded wall.  However, if you click on the photo above, you’ll see a larger sized image of the room.  Nice!

The majority of our shows are corporate events, weddings and bar/bat mitzvahs.  But that doesn’t mean we don’t have time for public events.  With 7 performers, we’re able to spread ourselves out.  Certainly McGonigals is a new favorite of ours and I suspect that we will be welcomed back again in the future.  Speaking on behalf of all of us, I know we’ll be looking forward to another enjoyable night there!