The History Of Dueling Pianos 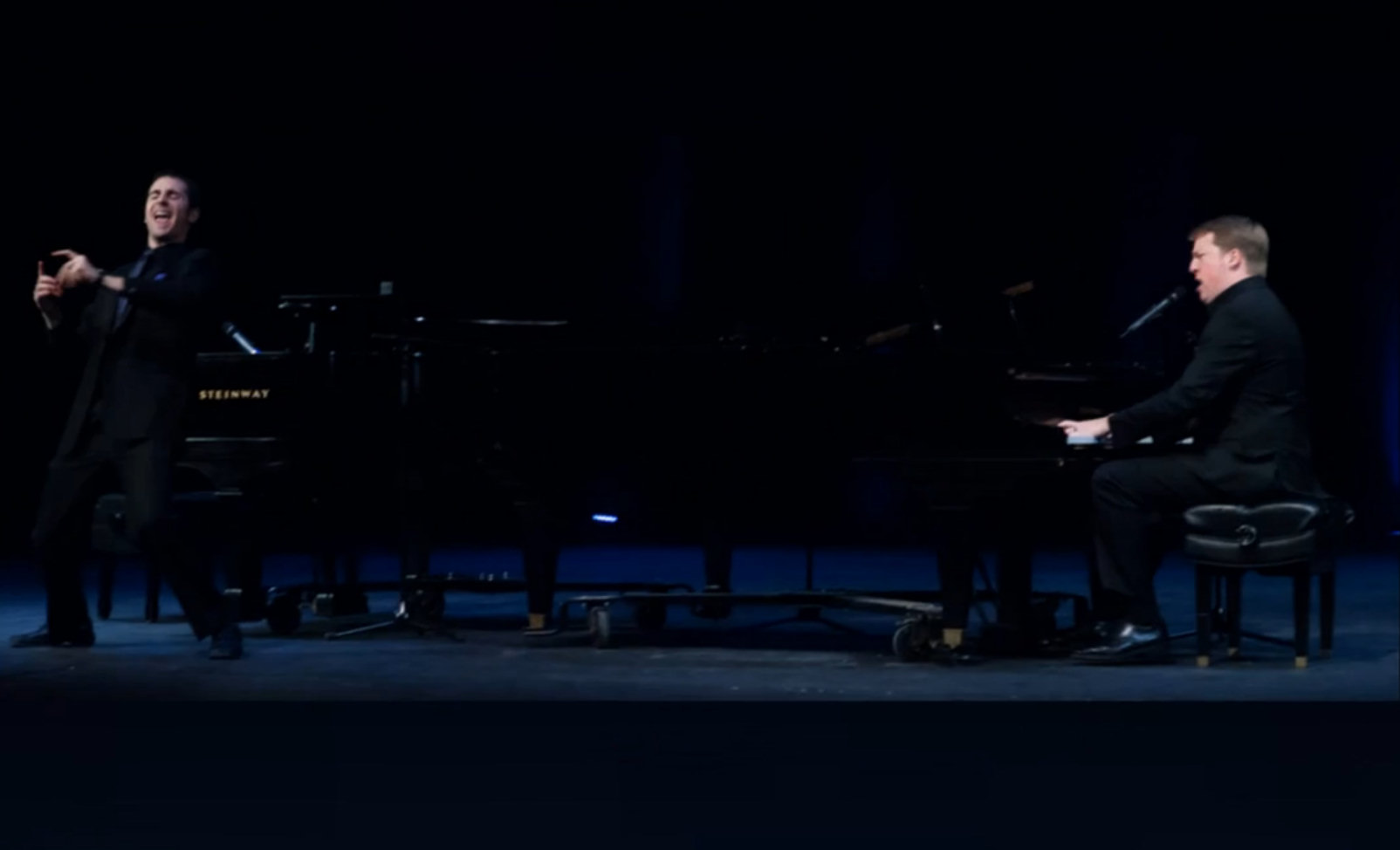 Dueling Pianos is somewhat of an ambiguous term. For those who have never heard of it, they often imagine two piano players competing with each other. Historically, this is correct.  The late 19th century may have given birth to that concept, as ragtime pianists did compete with each other to see who could play better and faster.

In the film, The Legend Of 1900, there is an example of a great piano duel with Jelly Roll Morton, who (in the film) is claimed to be the inventor of jazz.

It is a truly a fun cinematic example of an ‘original’ duel at just one piano.

In 1933, New Orleans opened what would later become (perhaps) the first dueling piano bar which is common to the standards of today’s dueling pianos.  These days, customers often write their favorite songs on cocktail napkins, and bring them up to two pianists at two pianos (head to head,) who play and sing all requests.

Over the years, dueling pianos continued to evolve as a performance by including humor and improvisation, and a great deal of audience interaction.   Meanwhile, some dueling piano franchises have taken somewhat of another direction by presenting two pianos with a full band, catering to mostly Top 40 hits.

There are now well over 200 dueling piano bars in the US.

Felix and Fingers is a dueling piano show that takes the act on the road.  But you’ll also find us at many public venues that wish to  present dueling piano entertainment.

As like traditional dueling piano players, dueling piano corporations now compete to find the best performers to represent their company – a feat that Felix And Fingers has absolutely accomplished.

The dueling piano industry is certainly growing, and nobody understands this form of entertainment better than us.  If you’re looking for the best dueling piano entertainment for an upcoming event, simply fill out our contact form and we will promptly get in touch with you to answer any questions, and let you know what makes us so unique and a perfect fit for your event.