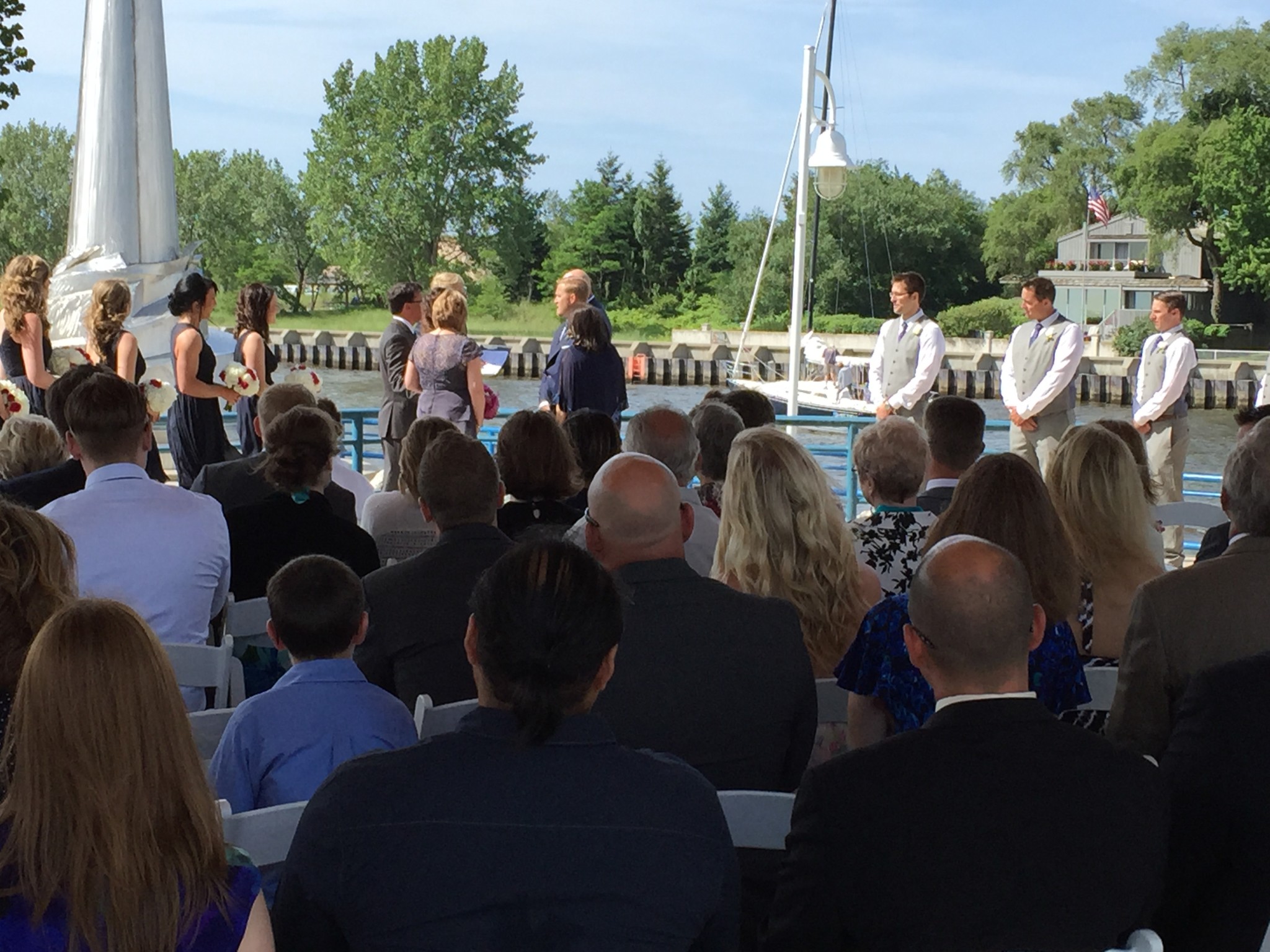 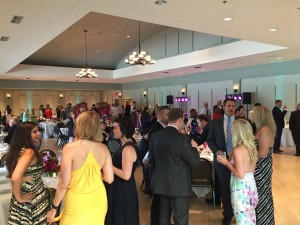 Last weekend, Jim and I made a trip to St. Joseph, Michigan.  It’s a beautiful location, set in the sand dunes of eastern Lake Michigan.  Coincidentally, Jim’s great, great Uncle was Mayor of St. Joseph for many years (over a decade if I’m not mistaken.)  But as it turned out, nobody in the Kadish or Adair family had any strong ties to St. Joseph.  It was more or less of a beautiful location for a wedding that worked out well for the bride’s Chicago family, and other families coming from various locations.

So there we were, only about 10 miles from the city of Hollywood, Michigan, and all the characters were in place. I normally don’t gush about other men, but I might as well start.  The groom was a US Marshall with looks like Brad Pitt (not a look-alike, but his own unique charm to impress.) The only US Marshall I know is Tommy Lee Jones from ‘The Fugitive’ so for whatever reason, I was intrigued by that in my own shallow way.  The bride was absolutely stunning as well, and there you go – that is enough for me to simply title this “A Hollywood Picture Wedding” although I’m not sure what Hollywood movie it reminds me of.  At no point in the night did the groom pull out a gun to chase a terrorist across the venue premises, while knocking down the wedding cake… but it could have happened! And I have no doubt that he would have defused a bomb with only half a second left on the clock as well. 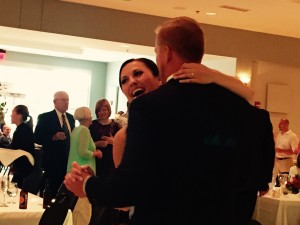 This was a great party to work with.  From the get go, Jim and I got their attention they way we phased out of DJ’d music into live music in such an  inconspicuous manner.  We often do this, because it creates such a smooth transition.  We simply begin by simply playing over the current song with the same volume.  We make sure to do it so well that nobody notices, and when they do, they are usually amazed, wondering how long we had been playing live.  That was fun as always. As we continued, guests could not wait for the first dances.  People were hitting the dance floor immediately for some slow dancing.

Getting people out on to the dance floor during dinner was absolutely not our intention; it just happened.  The bride and groom clearly were not bothered.  They STILL got our announcement of the first dance and we were sure to clear the floor so that they had it to themselves.

As we moved past that and opened up the dueling piano, all request, portion of the show, there were plenty of feet on the floor.  And they didn’t leave.  This was a crowd that was ready to dance.  They were not shy.  They were one big happy family, and it was great to see so many people comfortable with the entire atmosphere.

Dancers were approaching us at the piano and singing with us across from the piano shells.  They were truly enjoying the musical moments, and so were we!

For this wedding, we provided live piano music for the ceremony as well.  The ceremony was in a beautiful setting off of lake Michigan.  I played a piano rendition of ‘A Thousand Years’ for the wedding party processional and ‘Trumpet Voluntary’ for the bridal processional.  For the recessional,  I DJ’d a remix version of ‘Home’ by Edward Sharpe.  It was a very lively exit.

We loved playing for this group, and The Shadowland Ballroom in St. Joseph was really a great looking venue!