A Naperville Night To Remember 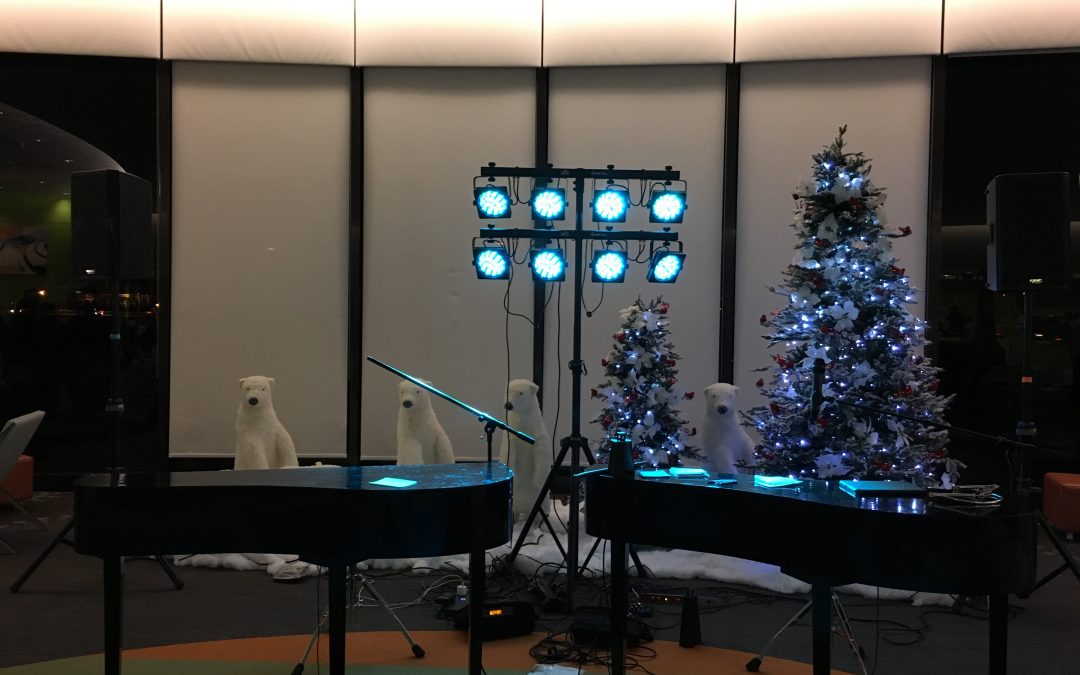 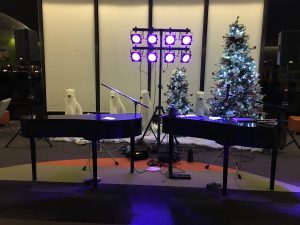 Dueling Pianos, all set up in Naperville, a crowd of Polar Bears cheers us on.

The frigid Arctic air blasted my face as I pulled into the venue in Naperville, Illinois. NorthStar Credit Union has a great little space that was ready for a company Christmas party but the weather was making me very uncomfortable.

The company, BP, had booked a great space and it was all decked out with holiday decorations. The modern carpet pattern gave the space a nice warm vibe, anything to contradict the nightmare that was happening outside. Stuffed polar bears and Christmas trees lined the stage, helping me enter the mindset to get the part started. Setting up the two pianos with my partner, we soaked in the venue and watched as the guests trickle in. Although frigid, everyone was in good spirits as the party got underway. 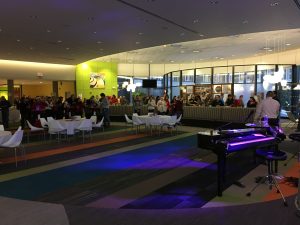 Northstar Credit Union is a great venue in Naperville, IL.

We always take pride in our ability to play the right music, never coming in with a predetermined set list. The stuffed polar bears behind us helped a set an almost comical mood for the evening and the guests were all in the mindset to get goofy. The party planning committee, who had organized the event, came on stage with us. With out taking too much time, were able to get everyone involved with some pretty hilarious games. The crowd interaction is my favorite part of the job, receiving smiles and participation is always rewarding. A fun aspect about playing company parties is watching the crowd evolve from standoffish at first, and then transforming to almost rambunctious towards the end.

Security was tight and we were gifted with some serious metallic name cards, I guess to differentiate ourselves from any Grinches who would try to crash the party. NorthStar Credit Union was a gracious host, with friendly staff and a clean venue, it was perfect for the party. As the night carried on, people began to really appreciate the music. We played some off the cuff Christmas carols and had quite a few carolers join in. The show went off without a hitch, they liked us so much, each piano player was given a bottle of wine. Merry Christmas indeed.