All Country Music On Piano For Tate & Lyle 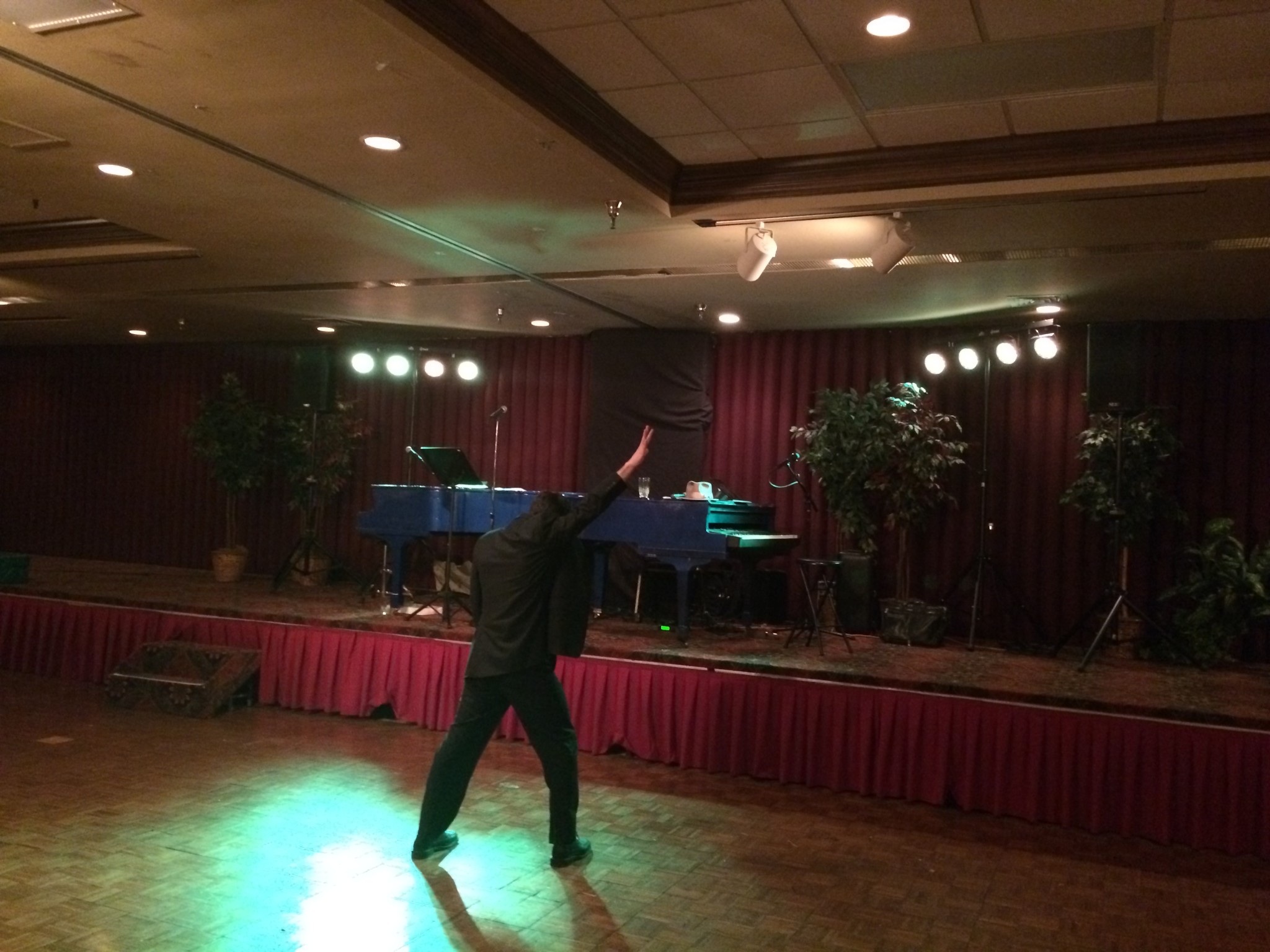 Felix and Fingers played all over the midwest this December for holiday events.  One of our holiday stops this December was for Tate and Lyle’s company party at the Decatur Conference Center and Hotel! Sporting our new trailer, affectionately named Audrey, we rolled up not quite knowing what to expect (which happens every gig- it’s just exciting to say…).  Fortunately, as happens in most instances, this room was very nice and conducive to easy load in (hoorah!).  It also happened to have a very vegetated stage.   After moving and rearranging many plants and hauling our wonderful blue piano shells inside, we were quickly set up for the show.

What was unique about this show was the fact that I (Felix) was asked before we started dueling to read off the names that were drawn for individual prizes in the company.  This turned into a hilarious game-show-esque sequence that involved me completely botching up a few hard names and making everyone laugh with silly one-liners as people claimed their prizes.  For me, it was one of the highlights of the night.  We hadn’t even started the show, and everyone was laughing, cheering, and applauding! 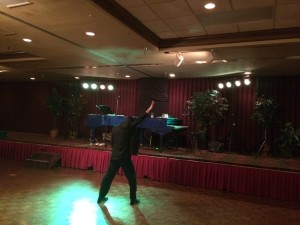 Felix warming up the dance floor

The Tate and Lyle folks loved a good singalong, especially when it came to country music.  Apparently, Tate and Lyle produces corn products, so we thought country was a good bet.  We rocked the house with songs from Jimmy Buffet, Garth Brooks, and Old Crow Medicine Show, while playing as many line dance songs as we could think of.  We had stunning cowbell competitions, team sing-offs, volunteer rappers and karaoke singers, and one bald guy who cheered louder than anyone who we affectionately named “Mr. Clean” (there’s always one at every party!).

It was a great night and a ton of fun for everyone.  Thanks again to all the folks at Tate and Lyle for putting on a  wonderful holiday event and thinking of us for dueling pianos in Decatur, IL!  We hope to see you next year for your holiday party!