A Foggy Day at Brookfield Zoo; A Reflection of F&F firsts! 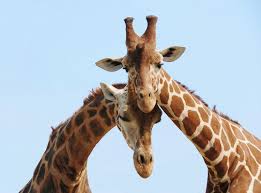 As musicians, I’d say all of us at Felix and Fingers have seen more weddings than the average bear…I mean, it’s sort of our job. The one Mike Potts and I played this past week though marked several wedding firsts for us!

“First” number one: this wedding was on a Monday – which never happens! This makes a lot more sense when you consider “first” number two: this wedding took place AT THE BROOKFIELD ZOO!  It clicked immediately why our couple chose not to do it on a weekend… it was so intimate and felt like they had the whole zoo to themselves! Apart from the animals at least…

It was a rainy day so Mike and I arrived at the zoo early to anticipate any load in issues. We brought up our gear to one of three of the zoo’s reception areas above Cafe Del Sol overlooking one of my favorite parts of the zoo, the Living Coast. Kim and her team at the zoo did an amazing job decorating for the reception.

The Zoo is always full of surprises…below is who was waiting for us back at the car: 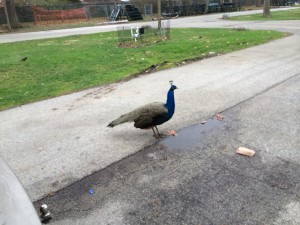 Mike was more than caught off guard when he rounded the car to find his new feathered friend waiting for him.  He got a pretty good video of the encounter as well!

Our couple were two of the most laid back people I’d ever met. Talking to them for even a couple minutes before the festivities started was enough to know they were just meant to be. They’d just been married next to the giraffes after all!! We emceed the introductions and began serenading the happy group with jazz standards to accompany their dinner.

Boy, what a great crowd to play for. Personally I think we do dinner entertainment quite well at F&F, but you usually don’t see much applause or dancing until the dueling pianos part of the night. But this group was attentive from the get-go! It was going to be a great reception.

Shortly after that we did start dueling, and my suspicions were correct. They were dancing all night, competing vigorously with cowbells, and by the night was over Mike and I might have been able to introduce that whole party by name – one of the reasons we love smaller weddings.

So while F&F may still be in rainy Chicagoland this weekend, we hope our couple are enjoying their well deserved honeymoon in Florida.  Thanks for a great Monday Night at the Brookfield Zoo!

“A foggy day in Brookfield Zoo
Had me low, had me blue
I viewed the morning with alarm
The Living Coast had lost it’s charm
How long I wondered could this thing last?
But hope arose over by the giraffes
And then suddenly, Kyle and Lisa were standing there
And in a foggy Brookfield Zoo
The sun was shining, everywhere”